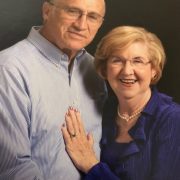 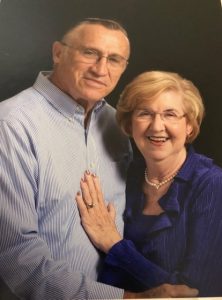 One drive past the glorious grounds of St. Catherine’s Village and Barbara Dorr knew it was where she wanted to retire. Fast forward a few years and she and her husband Lee were fortunate to have the opportunity to move into independent living at the Life Plan Community in Madison, Mississippi.

Residents since 2011, Barbara and Lee have made the best of their experience at St. Catherine’s Village, even during a time when restrictions and guidelines have been put in place because of COVID-19.

“Activities may be much smaller…like fewer people in an exercise group or less attendance at church services…but they are still happening,” said Barbara. “And for now, we receive our meals to go rather than dine together but we still have the chance to interact. We believe in making the best of the situation. After all, we’re all in this together.”

Not one to stay cooped up and getting out early in the morning, Lee spends time in the resident garden. And he noted that both residents and staff take the mask mandate seriously and wear them consistently.

“We’re fortunate to have so much space outside. We can walk around the lake and still social distance. That’s a tremendous feature,” said Lee. “If we lived on our own, life would be very different.”

An active member of the St. Catherine’s Village community, Barbara is looking forward to having events reinstated. She has chaired the green team, volunteered for various committees and helped put together Alzheimer’s and Parkinson’s programs. Lee also has participated in many activities like the history club and coffee groups. “Lots of folks here socialize more than I anticipated,” he said.

“When we first looked at St. Catherine’s Village, my wife sold me on it because we could move into a patio home,” he said. Prior to meeting Barbara, Lee had never been to the south let alone Mississippi. But more than 50 years later, he feels right at home. And as he deals with some heart issues he is “so glad we are here because of the continuum of care.”

One of Barbara’s claims to fame—she ran the Olympic torch. “AT&T, where I worked at the time, was bringing the torch from New York to Los Angeles for the 1994 Olympic games. As an AT&T Pioneer, I was asked to carry it for a portion of the route. So of course, I said yes!”

Today, the torch is on display in her independent living apartment. The couple have a residence with a balcony so they can enjoy the fresh Mississippi air. And Lee can do what he loves—cooking. As the chef in the family, he finds the kitchen convenient “for one…me.” Barbara jokingly agreed, “The only reason I have a kitchen is because it came with the apartment.”

The best thing about St. Catherine’s Village, according to the Dorrs, is that it is truly like no other place. Barbara invites people to come and visit—they have good people to show you around.

“Life really is better when it’s not lived alone,” she concluded.

I feel so blessed to be living at St. Catherine’s Village – especially right now! The people here are doing everything possible to protect us, to keep us safe and, above all, to keep us well!!!!! We have been instructed to abide by all the health precautions given by those in authority concerning the dreaded Corona virus. We use face masks and social distancing, plus safe hand washing practices. We can’t have visitors yet, but we can venture out for necessary errands & Dr. visits. As this pandemic started, we not only had our meals delivered to our rooms, but our mail was delivered to our doors! Now, I call that REAL service!

We are encouraged daily…our administrators don’t want us to get depressed, or feel we aren’t cared for…we KNOW they truly have our best interest at heart!

I only have to look out my windows to see the beautiful lake, with ducks and geese swimming along under blue skies, to know that “God’s in His Heaven – all’s well with St. Catherine’s”. I know this too will pass and God will make everything right!

“I don’t think SCV could’ve done any better.” I’ve told friends I feel like I’m staying at a five-star hotel! We’ve had meal delivery, mail delivery, iced tea delivery and ice cream delivery. You guys have been doing a great job. It’s amazing that there have been no coronavirus cases in Independent Living with this many people. I’m glad I got here before Covid.

As Pastor of St. Francis Catholic Church in Madison (1994-2005) I was responsible for Catholic ministry at SCV. For 11 years I saw the care that SCV offered to residents of all faiths; especially those in need of nursing care. I was inspired with the sense of community among residents. From daily mass to croquet games to social events like the interfaith choir. As I was being transferred to Meridian in 2005, the community presented me with a scrap book to remind me of my years at SCV and to invite me back. I knew I would return as a resident. These feelings have been confirmed and exceeded as we cope with the Coronavirus, I am glad that I am apart of the SCV caring community of staff and residents. I’m grateful for the sense of community and caring. Despite social distancing and multi colored masks, I know we are together. My family in Ireland is also grateful that I will be cared for the rest of my life in a place where I am happy and content. 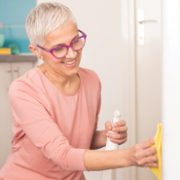 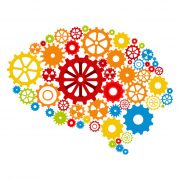 Join us for this free educational series promoting the importance of keeping our brains healthy as we age.

Various speakers will present thought-provoking information on changing the way we think about brain health. The latest research information on brain health is covered along with practical strategies for keeping our brains healthy as we age.

As the series progresses, we will learn what is normal age-related memory loss, warning signs for dementia, good emotional and spiritual health and coping strategies for caregivers.

Learn the differences between normal age-related memory loss and signs of dementia, specifically Alzheimer’s disease.
March 19      How to Grow Your Brain

Learn specific proactive actions to improve your brain health. It’s not too late to add or change lifestyle habits that will benefit your brain.
April 16        All Is Well With My Soul
Learn the importance of emotional and spiritual health to your brain and life.
May 21         The Search Continues. The Answer is Out There. 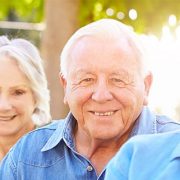 Dr. Timothy Coker will be speaking on “Music and the Mind: A Look at Current Research in Music and Neuroscience.”

Timothy Coker, emeritus professor of music at Millsaps College, taught music theory, conducting, symphonic literature, church music literature, music: as a way of knowing, and was chair of the music department for fifteen years. He conducted the Millsaps Singers and Millsaps Chamber Singers and made numerous national and international tours with these ensembles. A past member of the board of directors of Mississippi Symphony Orchestra and a former chairman of the board, Coker continues to pursue his interest in assisting concertgoers to hear better and appreciate more deeply works presented by MSO at their Bravo Series concerts. This has led him to explore how the mind and music intertwine, especially how music can be used to improve mental health and extend quality of life for persons with dementia, Parkinson’s, or Alzheimer’s. As a music educator in the public schools for twelve years, he continues to have a keen interest in advancing the cause for music education for all students at all ages. He currently is minister of music at Northminster Baptist Church in Jackson.